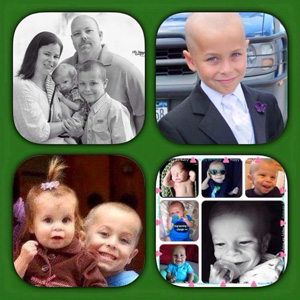 Our Family began it’s relationship with Dr. Annette MacKoul in 2004 when we had our first baby boy. In 2007 our second child, our daughter was born. No one could have prepared us for what was to come. Our daughter was diagnosed with Mitochondrial Disease, and passed away shortly before her third birthday.

In 2013 we had our third child, another boy. We were petrified because we had already lost one child to a genetic disease. Although the odds of this child having the same disease was not likely, we knew it was a possibility. A few months after Xavier was born he had similar, but not as severe symptoms as his sister Rylee. Dr. MacKoul calmly told us that we needed to start looking into things, and making sure he was ok. When my son was 10 months old he was also diagnosed with Mitochondrial Disease. We felt as if our world was falling apart again. In July of 2014 Xavier lost his battle with this disease as well.

Our family has been blessed with a well qualified, caring, compassionate, comforting, trustworthy, and accessible pediatrician. Dr. MacKoul has been there for our family, especially our surviving 10 year old son through years of disease, heartache, and triumphs. We are honored that not only is Dr. MacKoul our children’s doctor, but she has also become a supporter, and friend to us.

Latest from the Blog